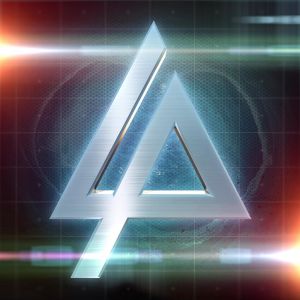 LP Recharge, also known as Linkin Park Recharge, is a free-to-play action-puzzle game, developed by Swiss studio Kuuluu Interactive Entertainment. The game was released on September 12, 2013 as a free-to-play Facebook game to promote the remix album Recharged and raise awareness about Music For Relief's Power The World program which aims to help people for whom inadequate energy supply has a negative impact on health, education, safety and general quality of life.[1] The album's first single, "A Light That Never Comes", was unlocked in a collective effort by the players by collecting 10 million MWh total in the game.[2] After the song was unlocked on September 16, 2013, it was made available for free streaming on XBOX Music. Mike Shinoda said, "I think this song and release show where we’re at right now. Making the song with Steve, premiering it through the Recharge Facebook game, and debuting it via Microsoft’s Xbox Music—I think it’s all indicative of our band’s commitment to experimentation and pushing boundaries."[3]

The game was presented for the first time at a special event held on June 19, 2012 at the United Nations Conference on Sustainable Development (Rio+Social).[4] Fans who've subscribed for the closed beta testing on Facebook started receiving access codes in March 2013 and also had early access to updates on the official website.[5][6]

An enhanced version of the game, titled LP Recharge - Wastelands, was released for iPad 3 and above on June 5, 2014 in the App Store for $2.99.[7] Talking about the shift to the iOS scene, Juidth Greife, Head of Marketing & PR at Kuuluu Interactive Entertainment, said, "It was a natural fit considering what’s happening in the games industry and seeing how the world is changing. Because of the recent consumer focus on mobile devices, we had a lot of our players and fans asking for a mobile version. But, most importantly, LP Recharge was always been designed with a touch-based mobile device in mind."[8] Through this new game, players received exclusive access to the song "Wastelands" prior to its release on The Hunting Party in mid-June.[9]

Set in the near future, LP Recharge centers on a world where all of the world's natural resources has been taken over by an elite group and it's up to players to bring clean, sustainable energy back to the environment to save humanity.[10] "The game encourages players to work together to achieve goals that one player can't reach on their own and this mirrors the idea that it's gonna take all of us working together as people to address energy issues and solve some of these problems before they turn into crisis," said Shinoda.[11]

There was no official soundtrack release for the game, however, the release of its iOS version allowed fans access to the music files stored in the app. Besides the studio version of "Wastelands" and various instrumental loops of "Guilty All The Same", "Final Masquerade", "Rebellion", "Until It's Gone" and "Wastelands"; 14 original instrumental tracks created by Linkin Park were found.[12]