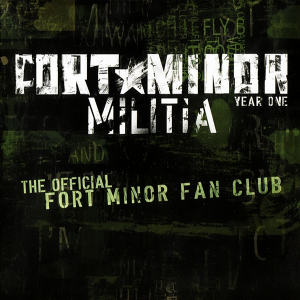 To accompany the Fort Minor project, Mike Shinoda launched a fanclub similar to the LP Underground entitled the Fort Minor Militia on October 26, 2005. Like the LPU, the FMM came with presale opportunities, meet & greets, and select merch items. An additional perk with the Fort Minor Militia was a monthly release of a Fort Minor demo on the Militia website. Mike used the FMM to release songs that otherwise likely would not have seen the light of day. Starting in November 2005 and continuing to June 2006, a track was released every month, complete with commentary by Mike, totaling eight demos.

For $15US, fans could get a membership package for Fort Minor Militia, Fort Minor's official fan club, at Best Buy (or online) that included:

As a second option, fans could pay $10US to get access to the Fort Minor Militia site only.[1] 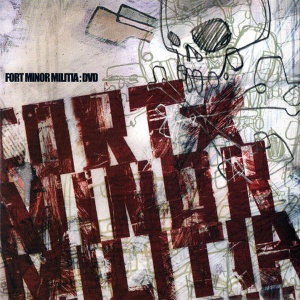 The Fort Minor Militia: DVD included all music videos released by the project up to the launch of the fan club and a "making of" documentary for one of the videos.

Starting in November 2005 and continuing to June 2006, a Fort Minor track that didn't make We Major, The Rising Tied, or any of the single releases was released every month, complete with commentary by Mike Shinoda. In total, fans were able to receive eight exclusive songs from the Militia. The person in charge of uploading these songs commented in May 2006 that there were "several more songs", but after "Move On" was released the following month, the releases stopped. "Kenji (Interview Version)" and "Believe Me (Club Remix)" were eventually streamed on the official Fort Minor website, but the other six songs remained Militia exclusives.[2]

Over 50 tracks were written in order to come up with the 14 songs that composed The Rising Tied.[3] In the "making of" DVD, a few unreleased songs can be heard when Mike is playing the album at his home studio. The notepad in Mike's hand includes the title "Watch Their Mouth Tak V2 ?"[4] Styles Of Beyond recorded 14 songs with Mike during the recording process but only appeared on 6 songs on the album[5] and 6 others on We Major. With "Do What We Did" released for the Fort Minor Militia, "Watch Their Mouth" is the only one that remains unreleased.

Mike posted on the Fort Minor Militia on December 13, 2005, "but looking at the "what you get"--the best thing, in my opinon, is the exclusive content here on the site...the content downloads. besides the video content, i am actually planning to cook up some remixes and put up some exclusive FM tracks this year on FMM, so stay tuned." This indicates that the remixes for "Believe Me" and "Where'd You Go" were done well after the album was released.[6]

On his June 18, 2020 Twitch stream, Mike Shinoda made a song with Fort Minor sounds. When he opened his "Fort Minor sounds" folder, he showed samples from a song called "Most Kings" and said "that song didn't go anywhere." He cycled through a list of other titles that included "Diamonds", "Episodes", "Player", "Organized", "Traffic", "Zion", and "YO."[7] It is likely that most of these demos were very rough and not full-fledged tracks.

Similar to the LP Underground, fans had access to exclusive videos via the Fort Minor Militia website. Among those videos, "Sweat", "It's Goin' Down" and "Chester Of Linkin Park Performs With Fort Minor" were also released to LPU members in 2006. Below is a list of all the videos released exclusively to the fan club.